The Bolivian salt flats are the largest in the world and are also one of South America’s main tourist attractions. This huge terrain of salt that shimmers in the light covers a span of 10,582 kilometres of the Altiplano which can be seen from as far away as space! Strata of salt are compressed and sandwiched between deposits of sedimentary rock that reach as far a 10cm deep in certain parts of the flat. There is approximately 10 billion tons of salt in the flat. While the salt is what attracts tourists from all around the world, the real value of the land lies beneath. Approximately 70% of the world’s supply of lithium can be found beneath the flats. This thin metal is used to power a wide range of technology. An entire industry has been devoted to the extraction of the metal. 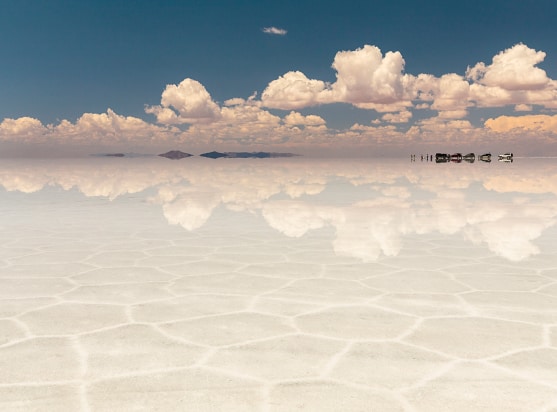 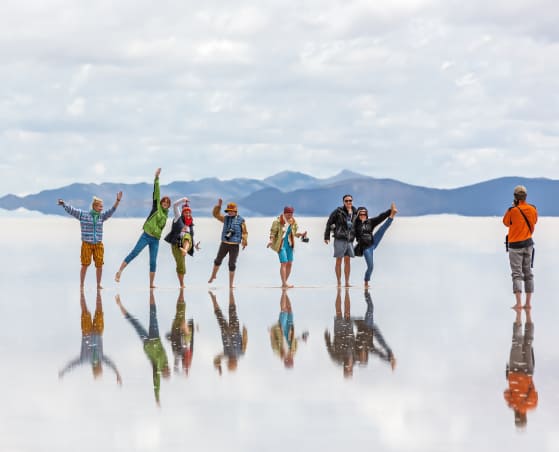 On a calm day, a thin film of water that sits atop of the salt flat transforms it into ‘The World’s Largest Mirror’ which reflects the sky. This stunning reflection is most often found from December to April (the rainy season). It is often said that when this natural wonder occurs that it is extremely difficult to distinguish the exact point where the sky and land meet.

Apart from the islands ‘Isla Incahuasi’ and ‘Isla del Pescado’, which are filled with different types of cacti, the landscape is completely flat. Both the flat landscape and the mirror effect lend themselves to the creation of crazy perspective photos. With the incredible mirror effect and perspective photos alongside the natural beauty of the landscape, it is no wonder that this is the paradise of many photographers from around the world.

A combination of many awe-inspiring sites are on show throughout the duration of the bolivian salt flats tours, making them some of the most memorable experiences that a traveler has while in South America. This part of the world is littered with many attractions that draw people from all corners of the world. These include: bubbling geysers, incredible rock formations, colorful lakes and villages where the production of quinoa is the main trade. Although hundreds of thousands of visitors come to see the flats each year, this land still remains one of the most untouched natural landscapes in the world.

No matter what time of year that you visit, the Bolivian Salt Flats are sure to offer an unforgettable experience. Depending on what season it is, the landscape of the Salt Flats can vary hugely. Therefore, the best time to go depends ultimately on what type of experience you wish to have. Lots of people want to come to the salt flats in order to observe the mirror effect in person. If this is what you would like to see, then the best time to go (highest chances of the mirror effect taking place) is between March and April. Unfortunately, the Flats often flood during rainy season. This means that areas that experience particularly bad flooding e.g. Isla Incahuasi, become inaccessible. The time that offers the best climate and most access to the whole area of the Salt Flats is between July and October.

Approximately 40,000 years ago the vast landscape of the salt flats was covered by Lake Minchin. As a result of a severe lack of draining outlets in the area, water from the surrounding mountains gathered here. This giant lake then went on to to form Paleo Lake Tauca and a number of other smaller prehistoric lakes. Between the change of climate from wet to dry and the rise in temperature, the water slowly began to evaporate. Eventually, the water evaporated and high levels of salinity resulted in a thick salt crust forming. Water beneath the salt flat is still evaporating today, leading to increased levels of salt on the surface. Rain water is evaporated ten times more quickly than it is precipitated, which means that the Bolivian Salt Flats are a never ending source of salt. 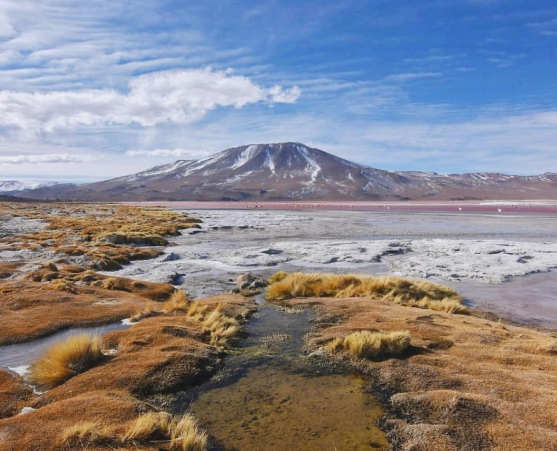 The Formation of the Bolivian Salt Flats 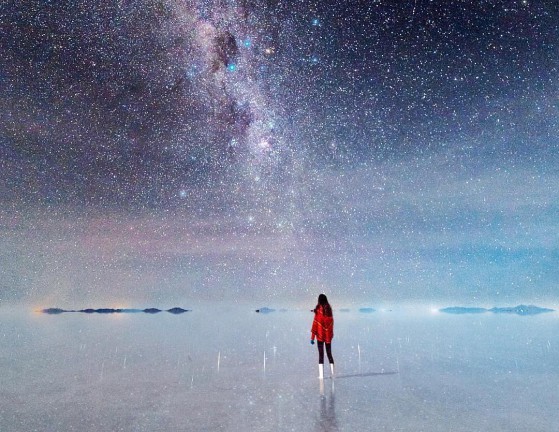 Legends of the Salar

As explained above, there is a scientific explanation for the stunning landscape of the Bolivian Salt Flats. However, if you ask the campesinos (Spanish for ‘peasant farmers’) who live on the shores of the lake, they will have an entirely different take on how the salt flats formation came about. According to these locals, thousands of years ago, the mountains that surround the salt flats were giant people. The legend states that the mountain goddess, Yana Pollera (closest peak to the salt flat) had relations with both Thunupa and Q’osqo. When the goddess became pregnant the two male giants battled for days to determine who the father was. As she feared for its safety, Pollera sent her child far away. As soon as she let the child out of her sight, she was worried that it would not be able to survive alone. In an attempt to help her child, she flooded the entire plain between the two mountains so that the child could be fed. The flood of milk eventually dried up and turned to salt, giving birth to the spectacular Bolivian Salt Flats.

The most scenic method of exploring the Flats is by taking a tour in a 4×4 for either three or four days. The options for the 4×4 tours is a one day, three day or four day tour depending on where you would like to start the tour and for how long you would like the tour to last. If you opt for any tour that is over one day, it is advised that you bring warm clothes and a warm sleeping bag to see you through the night stay in basic accommodation. While the days are full of sunshine and warmth, the nights are incredibly cold with temperatures often dropping well below freezing, sometimes as low as -15 C.

Due to the extremely harsh environment, conditions are not ideal for vehicles to travel on, therefore there are sometimes unavoidable issues with the vehicles used. The drivers have encountered most of these issues before and are extremely well-educated on the workings of the vehicles, so if an issue does arise, there’s no need to worry as the guide will be fully capadle of resolving it. As there are many tours being operated throughout the Flats, there are always other cars around to offer help, so on the off-chance that you are stuck, just sit back and enjoy the scenery of this extraordinary scenery.

Where Are the Salt Flats

Salar de Uyuni is located in the Daniel Campos Province in Potosí in southwest Bolivia. This spectacular landscape lies at an elevation of 3,656 metres above sea level, near the crest of the Andes. This means that altitude sickness can play a decisive factor in whether you enjoy your time here or not. In order to avoid this, it is advisable to spend a couple of days gradually adapting at heights of around 1000m and 2000m. Local advice to relieve the symptoms of altitude is to chew on coca leaves. 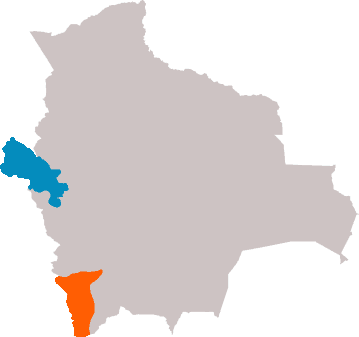 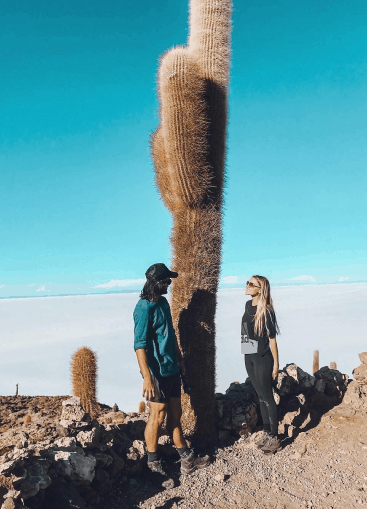 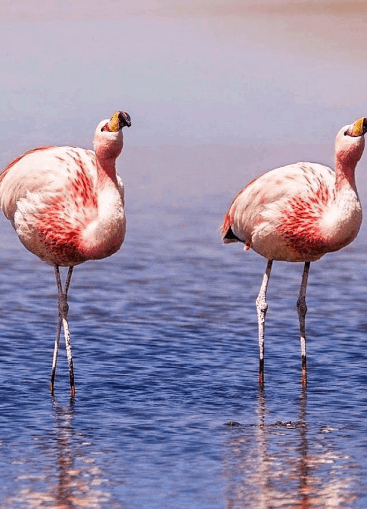 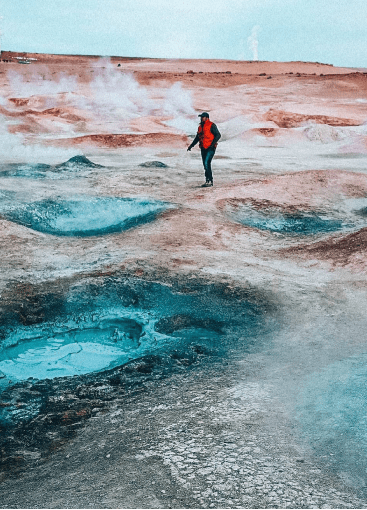 Discover how to get there

Everything to see and do

Sign up to get the latest news and information about Salar de Uyuni.